I am falling in love with chromaffin tissues since 1983, firstly using perfusing adrenal glands and later using cultured cells. I have been employing electrochemical methods for monitoring catecholamine secretion. At the beginning, we used electrochemical detection for the on-line analysis of secretory responses. Later, I learned the use of carbon fibre microlectrodes from Dr. Mark Wightman (University of North Carolina at Chapel Hill). I am grateful to him, as this technique has allowed us to study directly the phenomenon of exocytosis.

After returning to La Laguna, I started my lab from zero. Those were hard years until it became a decent space for research and new people were coming.
In 2007, I also started a new lab in the Institute of Bio-Organic Chemistry (IUBO) dedicated to the pharmacological assay of new drugs and to the design of new equipment for the laboratory.

Currently, we have a ≈300 m2 of labs in the Medical School (and ≈80 m2) in the IUBO. A nice space, where we can produce science and where new enthusiastic people come every year, thus conforming a fantastic human team.

In the last years our research group is focused also in the effort to unveil the nature of non-secretable chromaffin granules, which frequently ignored constitute 70-80% of total and more recently in searching novel diagnostic tools for neurodegenerative diseases, specially Parkinson’s disease. 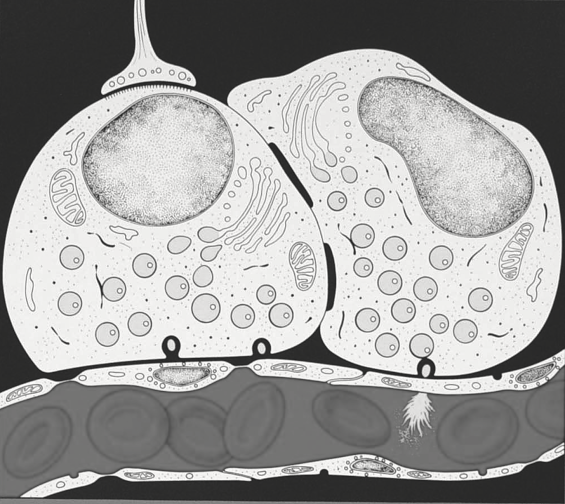